Home » Blog » Criminal Law » Remember your 1st grade class photo? Some one in that picture is in jail.

It isn’t who you think either. It’s not the bully who shoved you down in recess, or even the kid with anger issues. No. It’s that shy girl, Nancy, who was so petite and pretty that even the boys afraid of girl fleas would stare at her during reading time. Yeah, she grew up to be gorgeous, smart, popular, and in jail. 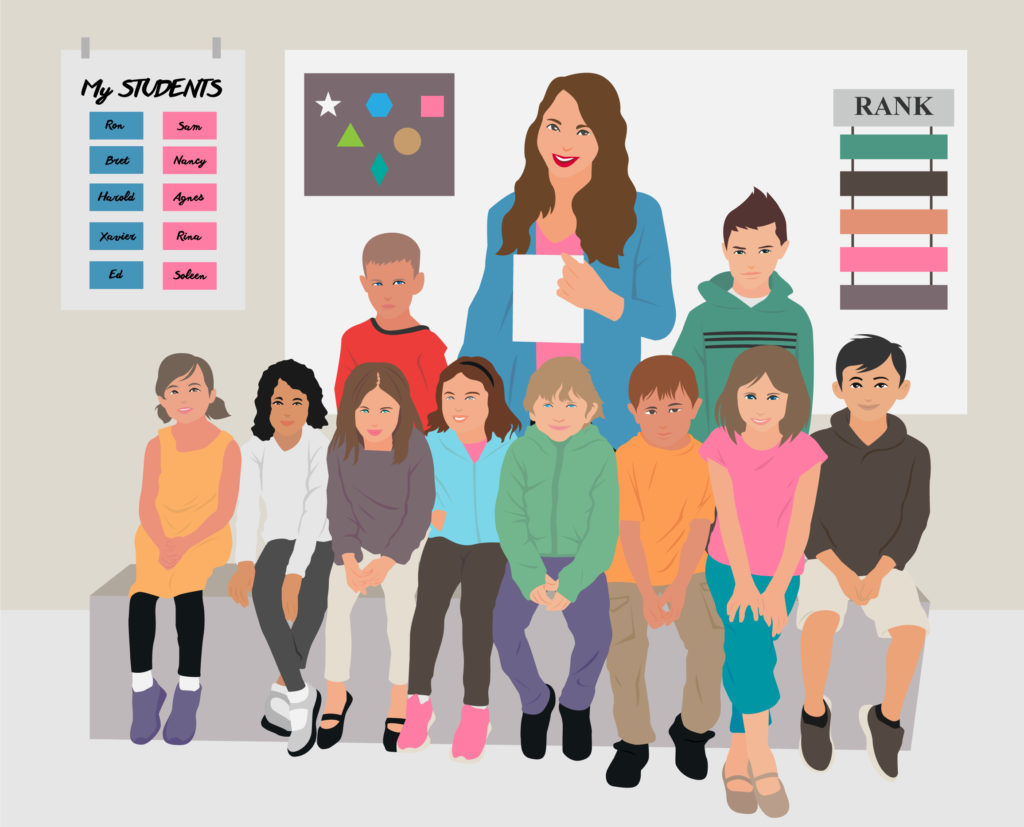 What did she do? Rob a bank? Stab her boyfriend? Hardly. She is still shy and even nice—but she broke the law. It might be that Nancy borrowed two or three Percocet from her roommate without asking, or it could be that a friend hid a pound of weed under the seat of her car. It might be, that she ordered some pretty flowers from the Internet that turned out to be a protected species. That would make her a convicted smuggler. The list is nearly endless; but it was the three Percocet that was actually her downfall. By the way, that bully you hated is president of your bank.

Justice based on jail

One in every 31 Americans is in jail, or one out every child in an overcrowded 1st grade class. How does that stack up to the rest of the world? According to The Economist Magazine “Never in the civilized world have so many been locked up for so little.” The US has more citizens in their prison system than the rest of the world combined, making it the largest prison state on earth. That’s quite an interesting perspective on “the land of the free” based on US prison statistics.

Nearly 50% of the American prison population is incarcerated on drug charges. The three Percocet that Nancy, above, took from her roommate bought her three years in the big house in Massachusetts. And, the sentences are no longer discretionary to the judge. Many convictions, no matter what the extenuating circumstances might be, carry mandatory lengthy prison sentences. This takes the authority from the judge and places it directly in the hands of the prosecutor, skewing the entire system.

Off with their heads

The Queen of Hearts had a very simple justice system based on her capricious will. However, true justice isn’t the opposite of this either. Rigid laws and fixed judgements can be equally cruel and unfair. The original intent of judges was so that our system was a balance between the two. Society, on the other hand has swayed towards mandatory sentences for certain crimes.

Many states are even fighting to eliminate bail bond companies while simultaneously designating more crimes unbailable and setting bail amounts for other crimes that are unconstitutionally high. Without a bond system, many people would be unable to get out of jail and wage a viable defense on their own behalf. Additionally, pretrial services are government run and regulated with a suspicious leaning to the prosecution.

The problem with the system is that Nancy is still a nice girl, who was in pain one day and feloniously took a Percocet to alleviate her suffering. Her action carried a mandatory three-year sentence. The judge was not happy pronouncing the unfair sentence and even verbalized it to the court. Our prison system isn’t overcrowded because of bad people, it is overcrowded because of bad law.